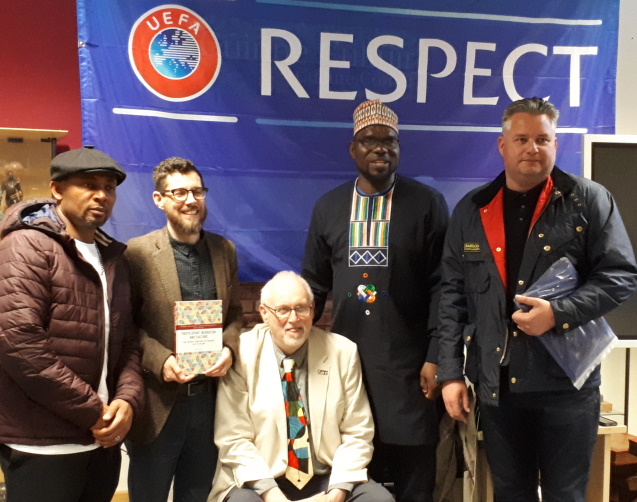 In his latest book, Italian-Swiss academic Max Mauro captures the essence of the changing face of soccer in the Irish Republic. By working for two years at close quarters through an ethnographic study, the Solent University of Southampton lecturer carried out a remarkable research observation of Human behaviour that emanated from his PhD dissertation at the Dublin Institute of Technology (now TUD).

The book, launched in Blanchardstown Library last May, is a major addition to the series on Critical Perspectives on Equality and Social Justice in Sport and Leisure. Published by Routledge under the title Youth Sport, Migration and Culture: Two Football Teams and the Changing Face of Ireland, it examines how youth from migrant backgrounds negotiate their role in society through the medium of association football.

This longitudinal investigation, through the lens of a video camera and matched by interviews of young males, their coaches and other connections in the greater Blanchardstown area of Dublin 15, resulted in a blended study unique in this country.

The two clubs that came under the sociological microscope from 2009 to 2011 were Mountview FC and Insaka-Glentoran AFC, both unorthodox in this densely populated working-class area. Mountview FC has an ‘open door’ policy of recruiting players from indigenous Irish and other ethnic backgrounds, while the prototype club, Insaka-Glentoran AFC, was made up entirely of youth coming from migrant backgrounds. The research that started out as an academic study has revealed a dramatic tableau that is the essence of underage soccer in diverse ethnic communities in working-class areas in Dublin.

Mauro, a young researcher with a keen sense of the social responsibility of sport in general and soccer in particular and their roles in the cultural integration and social inclusion of young people in society, was keen to test his notional theory on and off the playing fields of north Dublin.

Before kicking off his work with the U13 team at Mountview Boys and Girls FC, an established club in the Clonsilla area of Dublin 15, Mauro interviewed school teachers, sports officials and youth of migrant backgrounds.

At the tail end of his in-depth study, he came across a new experimental team that emerged from the Insaka Youth Movement, an NGO established to organise the youth of the African diaspora. The word ‘Insaka’ is drawn from Bemba, a Zambian language, and describes a place or a concept when elders hand on wisdom to the youth.

Established as a partner of the academy of the famous Glentoran FC of east Belfast, the U17 team was managed and coached by well-known former Nigerian footballers Zuby Ufoh and James Igwilo and was provided with technical support from the Sport Against Racism Ireland (Sari) programme, Sport Aid from Africa to Ireland.

It was the death of a Glentoran-Insaka trainee that led Mauro to the neighbouring Mountview. Toyosi Shitta-bey, a 15-year-old son of Nigerian parents, was murdered by a racist near the team’s training ground. This tragic event impacted players on both teams who knew Toyosi. It also caused an emotional turn in the research that had to take into account the fallout from the killing.

Observation on the response from the peers of the young player was required. Glentoran-Insaka, with a squad of players with backgrounds from eight different African countries and eastern Europe, ‘rested’ the Number 15 shirt and dedicated their league and cup wins to the memory of their friend.

The role of the FAI does not escape analysis from the author. This national governing body for soccer, which received close to €1m for the duration of its intercultural plan, turned a blind eye to the importance of the societal impact of this unique team, and despite the fact that their players were receiving regular racist abuse during their successful three-year tenure in the North Dublin Schoolboy/Girl’s top league, the FAI’s anti-racist policy failed the abused players and officials on every occasion.

In his conclusion, Mauro states that his book is “born out of curiosity for human life and an act of love for the unpredictable forms of social interaction enabled by sport and leisure practiced by young people. It is also an act of commitment for the less privileged, for those living and struggling on the margins of dominant media narratives about immigration.”

The flysheet of this powerful critique of soccer as a medium for cultural integration reveals that it is a labour of love in the author’s statement: “This book is dedicated to all the young people, then teenagers and now young adults I met during my research. The future is yours; make this world a better place.” 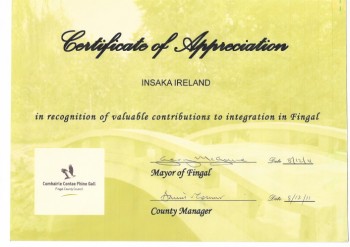 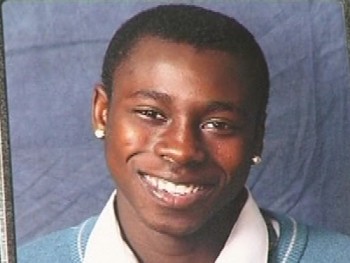